This is Part 2 of the conversation I had with a 12-year-old about the stock market. You can read Part 1 here.

“So why would you buy a share of a company that doesn’t give dividends?” I repeated. “Because they can just suddenly decide to do so.”

“It’s a bit complicated but there is always a possibility that a business can give out dividends in the future and that’s always something that people hope for.”

“But more importantly,” I continued. “One more reason why you’d want to buy a share of a company, even if they don’t give out regular dividends is that there are other ways to make money from it.”

“Really?” the boy was more curious now as before.

“Yes, you can make money by selling your share of the company to others,” I replied. “But first, let me now explain to you what all these numbers in the newspaper are.”

“This table is a list of the public companies in the Philippines and how much a share of that company is worth,” I continued. “For example, if you look at this, you’ll see that a share in Jollibee (stock symbol: JFC) is currently worth around P53. This means if you want to become a part-owner of Jollibee, then you’d have to spend P53 for every share you want.”

“So with just P53 I can become an owner of Jollibee?” he was obviously delighted with that realization. 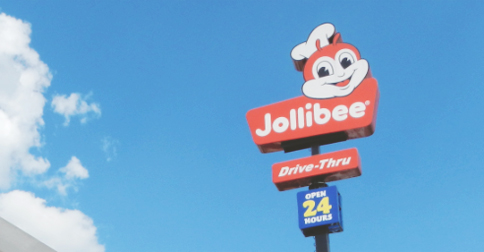 “Theoretically, yes. But the stock market has rules, depending on the price – there is a minimum number of shares you need to buy. For this price, it’s 10 shares. So that means you’d need to spend around P530 to become a part-owner of Jollibee,” I explained. “Can you still follow me?”

“Now, let’s say I bought 100 shares of Jollibee today at P53 per share. Then after a few months, the company announces that they’re planning to put up more branches in other countries.”

“That will be great news for me and all those who are shareholders of the company,” I explained. “Because it means that when it accomplishes that goal, Jollibee will be earning more money than ever before – which means the dividends that I might get as part-owner will potentially be large.”

“Knowing that news, wouldn’t you want to also buy shares of Jollibee?” I asked. “So you can also get dividends in the future and not just me?”

“Yes, of course,” he answered.

“So now, I’m in a very good position to earn. Because you and a lot of other people would want to buy shares of Jollibee, I can decide to just sell my shares. In doing so, I will forego receiving possible dividends in the future, but in exchange, I’ll be able to make some money now,” I explained. “Are you willing to buy my 100 shares for P55 each?”

“Oh, I get it now. You can decide to sell your shares at a higher price than how much you bought it. But what if I want to buy them at the same price as you did, P53” he said.

“Well, you go to the stock market and sort of announce it there. For me, I would also do the same thing. And the people in the stock market will automatically match the buyers and the sellers and process the transactions for us,” I answered.

“And that’s why the newspaper publishes this table every day,” I continued.

“Because people buy and sell their stocks everyday and these numbers tell how much the price of each share was bought and sold. It also says how many shares exchanged ownership, that’s what the number under the volume column means. This table also has a lot of other information on what happened today in the stock market.” 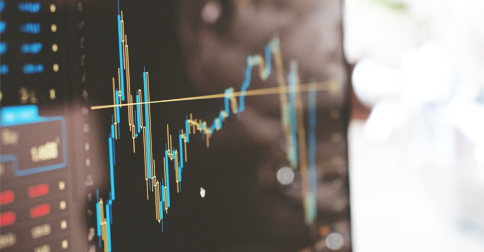 “The prices change every day. Sometimes it goes up, sometimes it goes down – many factors affect it but at the most basic level – it’s dictated by how people feel about the particular company. When people believe that the company will do good, many will buy shares and the price can go up. But if they feel that the business will do bad, more people might sell their shares and that’s how the price could go down.”

“I see,” he said quietly. He was obviously getting information overload. Moreover, I already saw that my friend was about ready to go and we’d have to leave their house soon. And so I tried to end the conversation with a piece of advice.

“You know, you’re quite lucky. I was able to understand the basics of the stock market when I was in college but you, you already know it and you’re just in high school.”

“Really?” his enthusiastic voice was back.

“Yeah, the stock market is actually an interesting place. And if you take some time to learn more about it, you’ll realize that it’s a good way to make money.”

And with that note, our conversation ended.

Interestingly, as I told my friend about what I and his son talked about, he also became interested and asked me if I can help him learn more about the stock market.

Of course, I said that I would, but he’d have to read my blog for that. 😀

So if you’re like my friend, who’s interested to learn more about the stock market, as well as other ways to invest and make money, then join him and subscribe to Ready To Be Rich.