There’s a saying, “Show me who your friends are and I’ll tell you who you are.”

And I believe it’s true that we become the average of the people we spend the most time with. That’s why you have to be careful whom you become friends with because they can influence your mindset and actions.

Below are seven types of people that can be detrimental to your journey of becoming rich, and thus you should avoid them.

He’s the kind of person who just wants to make money, regardless if it was acquired through illegal means, and he doesn’t care if he’s cheating others in the process.

Avoid this person because he cannot be trusted. He only thinks about himself and will have no second thoughts of lying to you for his personal gain.

Instead, spend time with The Wealth Advocate because he is honest and has integrity. He believes that wealth is acquired by delivering value to others.

From him, you will learn long-term ways to make money that will bring you consistent cash flow, and he will always be more than willing to teach these methods to you. 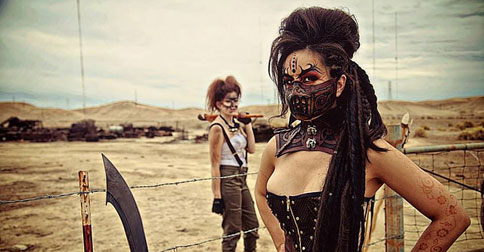 He’s the kind of person who doesn’t believe in the value of hard work. He’s always looking for a shortcut in making money because deep inside, he is just plain lazy.

Avoid this person because sooner or later, he will become The Heartless Scammer. When he realizes that the only way to get rich quickly is to cheat people out of their hard-earned money, he will certainly do just that.

Instead, spend time with The Patient Investor because he will teach you how to both work hard, and work smart. He believes in leveraging his resources to multiply his wealth, but he will not avoid work when necessary.

From him, you will learn how to properly plan for your future and achieve wealth by taking small but consistent steps every day.

He believes that “You Only Live Once” and that’s why he is all about just being happy now. He fails to recognize the fact that his actions today will have consequences in the years ahead.

It’s dangerous to spend time with this person because he can easily convince you to live that way too. It’s good to enjoy life today, but it should not be at the expense of your tomorrow.

Instead, be friends with The Smart Saver because he knows how to have just the right amount of fun without sacrificing his future.

From him, you will learn that you don’t have to choose between saving and spending, because you can do both if you know how to properly budget your cash flow.

He believes that something bad will always happen. He believes that life is hard and unfair, and he will constantly remind you that. I avoid this kind of person because all they do is complain, and they have nothing valuable to really teach you about wealth.

Instead, spend time with The Realistic Optimist because he believes that life is hard and unfair, and works hard to swing the odds to his favor instead.

He will teach you to grab opportunities from people who don’t want them and keep you grounded enough to realize that you will sometimes fail, and that’s okay, as long as you keep trying.

This person rarely goes out of his comfort zone. If an opportunity has a lot of obstacles and has too many unknown variables, he will simply give up and avoid it.

It’s not good to spend time with him because you will be in danger of drifting aimlessly through life like him. You will become a boring person, and you will fail to see the achievable opportunities that are out there.

Instead, spend time with The Brave Analyst because he knows that failure is just a stepping stone towards success. He will teach you how to take calculated risks, and help you discover and go beyond your limits.

From him, you will learn that ignorance and inaction is the greatest risk of all. 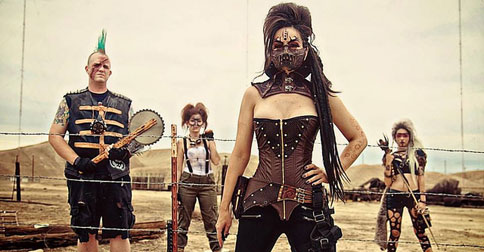 He is the daydreamer who always wishes his life is better but does nothing to make it happen. He wants a lot of things and hopes to achieve them one day, and for them – that day will never come.

I like talking to a hopeful dreamer because he helps me come up with interesting goals, but I don’t really spend a lot of time with him because he usually sounds like a broken record with a litany of hopes and dreams.

Instead, spend time with The Dream Chaser because their imagination is as creative as hopeful dreamers, but he knows how to take it a step further and make a plan to make those dreams come true.

From him, you will learn how to turn those wishes into concrete goals. He will teach you how to break down your dreams into a doable list of steps, and make a plan of action to achieve them.

He is the brother of The Hopeful Dreamer who likes doing a lot of things, all at once. He is better than his brother because he knows how to take action, but he is wavering in his plans and gets distracted easily.

He will pursue a goal this week and switch to another one next month. After a year, you will see half-finished projects and no success to show for. I don’t spend time with this person because he is confusing to be with.

That’s why instead, you should spend time with The Focused Doer because he is the one who picks a goal and takes it to the finish line. He is dedicated and motivated to achieve his dreams.

From him, you will learn the power of discipline, and the importance of laser-point focus in attaining your goals in life. He is always a great companion in your journey towards financial freedom.