“So where are we eating lunch?” a friend asks.

“I’m okay anywhere, as long as it’s not too expensive,” another friend replies.

“How about at the food court?” I proposed. Everyone agreed and the four of us walked towards the mall’s food court.

A few meters later, we passed by an Italian restaurant that was having a 50% promo discount on their pizza.

“Hey, let’s just eat here,” one of my friends suggests.

“Yeah, we’ll save money because of the promo,” one comments and it was a unanimous decision.

An hour later, our bill was around P1100 or P275 per person — not bad for a meal at the mall. However, if you think about it, did we really save money by eating there?

If we intended to eat there in the first place, then yes we would have saved money.

We were already set to eat at the food court, where a typical meal costs only P200 or less. But we didn’t, so in reality, we actually spent more than we could have. 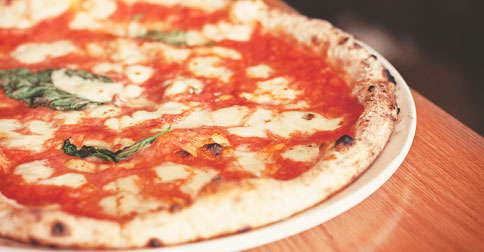 Many times, we experience similar moments and believe that our choices helped us save some money but the truth is far from it.

It’s easy to make such mistakes because they often occur when we are in a positive emotional state — excitement, surprise, delight, etc. — that often clouds our logical thinking.

Just consider these three scenarios and tell me if they’re all too familiar.

Buying something that’s on SALE

A popular boutique was having a SALE and you were able to buy a pair of jeans at a 30% discount. Isn’t that a bargain?

Yes, you saved money if you really needed to buy a pair of jeans. But if that was an impulsive buy, then you actually spent more than you could have.

Don’t buy a pair of jeans and keep 100% of your money instead.

My mom was at the department store looking at some bedsheets. She saw one that she likes but she thinks it’s a bit expensive.

The saleswoman then showed her a similar, but a more affordable bedsheet. Her face lit up and she decided to buy it.

She proudly showed me her purchase and said that she saved a few hundred pesos because she found a cheaper alternative to the one she likes. I asked her if we really needed new bedsheets, and she said, “Not really. But this one’s so nice, right?”

“Yes, it is,” I replied while thinking that the cheapest alternative was not to buy a bedsheet at all.

And of course, I didn’t tell her that — good thing she could afford it anyway.

A friend just bought a new camera and was proudly showing it to us.

“Do you know what’s great? I was able to save money because this was available at 0% interest for 6 months installment,” he announced.

Regardless if he needed a new camera or not, he didn’t really save money by deferring payment in my opinion — he just delayed the inevitable spending for several months.

Moreover, if he doesn’t make full payment on his monthly dues, he will eventually have to pay credit card interest fees and spend more than he should.

I didn’t want to ruin my friend’s mood, so I kept quiet and simply admired his camera. But I do hope he reads this post.

Don’t justify your unplanned purchases with an illogical reason that you saved money because it was on SALE or because you were able to get it on installment payments.

If you don’t need it, then don’t buy it — this is the best course of action. However, if it’s something you really want, then plan your budget and see how you can afford it.

Don’t buy unnecessary stuff on impulse because this is the shortest way to go into debt. And lastly, if you really want to save money, then the easiest way is to simply ‘pay yourself first’.