Looking for the best neighborhood in Metro Manila to settle in seems simple enough, even despite the many personal factors you have to consider.

Knowing the neighborhood’s potential as a real estate investment is a whole other ballgame. If you keep aside personal factors such as family-friendly level, lifestyle, and work location, how can one foresee getting the most value out of his property over time?

For real estate investments, the property you choose should be affordable and have the shortest payback period, which is determined by high rental income or fast appreciation. These two put together make up an investment score on which you should base your choice.

Using this formula, the Data Science Team at ZipMatch.com came up with a ranking of 15 affordable neighborhoods located in popular Metro Manila cities with the highest affordability and investment scores. The growth is calculated by comparing data from the first quarter to the second quarter of 2016.

Pasig: Best of Both Worlds

As one of the first central business districts in Metro Manila and with its prime location that’s well-connected by some of the metro’s main thoroughfares, Pasig reigns supreme when it comes to real estate investment.

Though it seems to be an unusual choice, data from ZipMatch shows that the districts of Maybunga garnered a top score in both investment and affordability, making it one of the soundest investment choices you can make.

Maybunga is a relatively quiet neighborhood that’s not exactly in the center of business and pleasure in Pasig, but is very close to Ortigas Center and a stone’s throw away from EDSA.

This makes Maybunga affordable and accessible enough for a wide range of employees earning different salary levels and working in the Pasig, Makati, Taguig and Quezon City CBDs, thus its high rental yield.

San Miguel in Pasig is an enclave near Maybunga with similar attributes. Both are also home to a number of schools, such as Sacred Heart Academy of Pasig and RESPSCI.

As for real estate, one can find condominiums and subdivisions such as Hampton Gardens, East Raya Gardens, Camella Homes and Greenwoods Executive Village in Maybunga and San Miguel.

These areas are not as expensive as those nearer Ortigas Center, such as Valle Verde and Wack Wack, which makes them popular with a wider range of renters. 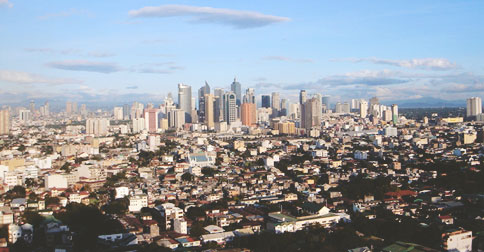 Despite being higher in the price department, San Antonio Village in Makati managed to obtain the highest investment score. This district has the highest rental yield, narrowly surpassing Pasig’s Maybunga and San Miguel.

But because it’s not as high-end as other Makati districts, it’s still quite affordable to renters and developers still see a healthy growth prospect, as evidenced by the number of new real estate properties sprouting up in the area.

The appeal is not lost on people: it’s located in the heart of the Makati CBD, bordered by EDSA and Buendia and just off Ayala Avenue. Thus, accessibility is not a problem for both commuters and car owners. Yet, it’s still in a quieter part of the city, away from the business district’s hustle and bustle.

Leisure spots are aplenty, with many up-and-coming and long-standing restaurants in the area, and the Ayala Museum, parks such as Washington Sycip Park and Ayala Triangle Gardens and malls such as Greenbelt and Glorietta just a short ride (or walk!) away.

In Makati, Bel Air Village gives San Antonio Village a run for its money. In northern Metro Manila, Cubao and Diliman also count themselves among the metro’s investment-worthy neighborhoods.

Both districts are considered artist central, with its many choices of live band venues, indie shops and art galleries, as well as a youthful and academic vibe thanks to its proximity to University of the Philippines Diliman and Ateneo de Manila University.

Properties in Quezon City’s South Triangle, Manila’s Sta. Mesa and Taguig’s Acacia Estates saw a notably high appreciation within the first half of 2016. South Triangle is a hotbed of activity with Tomas Morato, Mother Ignacia Avenue and Centris, and is also relatively near to Quezon City Circle, university and government offices.

Sta. Mesa is similar, finding itself in the center of historical sites and government activity in the capital and just a few kilometers away from the University Belt and UP Manila, making it a good choice also for employees and students alike. Other recommended neighborhoods for investors in the capital are Taft Avenue and Malate.

With the upshot of rapidly increasing development in Bonifacio Global City, it’s no wonder Taguig is enjoying a surge in real estate appreciation.

Also in the south, Bicutan in ParaÃ±aque counts itself among the most affordable neighborhoods for investment. Going a little farther east in Mandaluyong, the top neighborhood choices for a potential investment are Hulo, Highway Hills and Brgy. Barangka.

This article was written by Sibyl Layag for ZipMatch.com, a real estate marketplace for home seekers and property sellers.